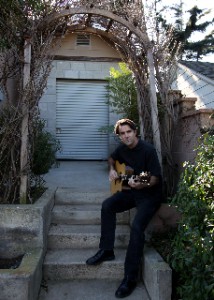 OVER 30 YEARS OF GUITAR PLAYING
I have been a professional guitarist for over 30 years recording with such legends as Ozzy Osbourne (Black Sabbath), Jack Bruce (Cream) & Eric Singer (Kiss) to name just a few. I currently play guitar for Bill Ward (Original Black Sabbath drummer) and have co-written and recorded nearly all of his songs since we met in 1987.

MY MENTOR
I became serious about my music at 18, taking my first guitar lesson. By the time I was 20 I was studying jazz and playing in rock clubs. I met the legendary Ted Greene, and soon my playing reached a new level. Ted taught me the intricacies of music theory and the unique beauty of chord coloration. Inspired by Greene’s brilliance, I have been sharing my passion for music with my own students for many years.

TEACHING EXPERIENCE
Teaching guitar comes very natural to me. If there is any style you would like to learn I can help. I’ve been given good ears so this helps me to hear just about any chords or solos you may be interested in learning.  We’ll also work on rhythmic playing, theory, reading, ear training and more. Tell me what you want and that’s what we’ll work on.

BILL WARD AND OZZY OSBOURNE
Along the way, I met Bill Ward, the original drummer and co-founder of Black Sabbath. I co-wrote and recorded three albums with Bill and filmed a video featuring Ozzy Osbourne singing “Bombers Can Open Bomb Bays” which aired on MTV’s “Headbangers Ball.”

MY SONGWRITING
Throughout my career, I have been writing my own music, full of exquisite color, sound and beautiful melodies along with very heartfelt lyrics. My style is distinct and varied. It’s not pure rock or pop or jazz. It’s a unique, refreshing sound that draws from all those genres. Think, Coldplay, REM, Beatles meet Wes Montgomery and Django Reinhardt. Listen, and you’re sure to resonate with my deep passion for music.

MY MUSIC
Check out my two CDs, “You Are Here” released in 2006. This is a very mellow instrumental CD for meditation and relaxation,
and my latest entitled “Silent Waiting” released in summer 2009.  I am singing and playing all the instruments except drums on the tracks. These songs are in the rock genre.

CURRENT PROJECTS
I’ve been in the studio writing tons of songs for L.A. Music Team which is my custom music production company. We provide music for jingles, TV/Film and various advertisements as well as artists looking for new songs. This is fun for me since new music is constantly floating around in my head. I am also co-writing, recording and producing various artists in my studio Walnut Recording Studios on a regular basis. I like to hang with other songwriters as much as possible. Stay tuned for more of my free instructional videos for this site. The videos will also be on YouTube as well.

Keith Lynch is available for private guitar lessons designed specifically for your needs. If you live in the Los Angeles area and want to improve your guitar playing skills, Keith Lynch can help. Online lessons also available. All levels welcome!

WHAT OTHERS ARE SAYING

Keith Lynch has outstanding precision in his playing and his acute hearing when assembling songs and recording are strengths that naturally abide in his soul. Keith is always willing to go beyond any formidable boundaries that say “You Can’t Do That.” Bill Ward Jan, 2010

People always seem to be interested in what gear I use on stage and in the studio. You can get all the details below.